This is where most people fail in building strong brand identities.

Before you step onto the platform of competitive media marketing, you must understand that to begin is a piece of cake, but in order to survive you must be prepared to fall every day, and rise again the next morning. There is a furious competition lying out there, you can only face it if you have the right tools and the right minds. Think, why should a consumer come to you when you are offering the exact same thing as your competitor or when your competitor can outdo you any moment? How will you create brand loyalty? This is where your marketing team will help you. Without their help you can begin, but you simply cannot survive. If you have a good team, they will know that if your product is no different, then your marketing must be. Steve Jobs once said that, “You don’t look at your competitors and say, ‘We’re gonna do it better,’ you say, ‘We’re gonna do it differently.’” Yes, individuality is important. It does give your brand perception, an identity, a voice of its own. But you have to play by the rules of the game when it comes to seeing the larger picture. No matter how big you grow, you will always find someone who can replace you. 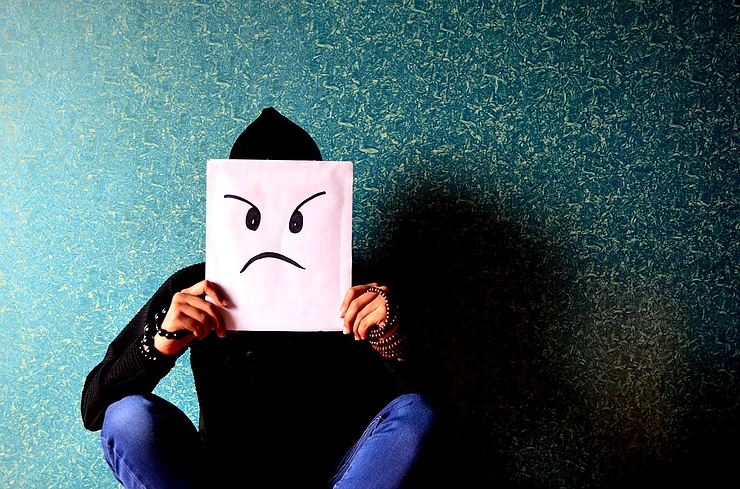 When we talk about building strong brand identities, it means building something that you can control including marketing strategies and the values you promote. This point of view that we are going to discuss will give you a complete picture of how sometimes right and wrong does matter when you are playing the big game. Your headstrong opinions and a refusal to come to terms with reality can not only deter you from building an identity but also can pull you down to nothing destroying whatever identity you have built over the many years.

We cannot discuss this, without an example. The perfect example to illustrate this would be the story of Kodak.

• What happened between 1968-2012 that finished the global giant and inventor of film camera and digital camera, Kodak.

• The answer is not very complicated. It was a headstrong opinion of the company-

1. refusal to accept the changing times and shift in technology,

2. an underestimation of its competitors and

3. blind faith in its own success.

• Kodak was selling three major products at the time- Camera, film and photo paper. It was selling cameras at a very low margin, almost like it could have given it away free. Its primary source of income was from the film and photo paper. It sold them at very high margins and people were forced to purchase it as no other film would smoothly run the camera sold by Kodak.

• In the year 1975, an engineer named Steve Sasson who worked at Kodak invented the first digital camera with 0.01 megapixels. When he showed it to the board, they said that, “that’s cute, but don’t tell anyone about it” as quoted by Sasson himself to The New York Times on 5th February, 2008.

• A digital camera is one where the film is inbuilt in the camera. The board knew that this invention would clearly mean that their profits would swoop down in no time. There would be no need of a photo paper too. At the time, the company could not have afforded that.

• Kodak’s head of market intelligence, Vincent P. Barabba, was made to conduct a thorough research on how far the digital cameras could be a threat to its business. He found out that it had the potential to devour its film business but it will take at least 10 years to do so. The cost of digital cameras and quality of images, prints etc. could take a long time to evolve. Kodak was so over-confident about its hold over the consumers that they missed when the consumer preferences switched sides. It is very ironical that the very thing that ate up their business was something that they themselves had invented. They missed the opportunity of a “first move advantage.”

• You must be thinking that how a global giant could miss something so huge?

• They didn’t actually. In the year 2005, they were holding a 22.1% market share in digital cameras followed by Canon and Sony. But the world had understood that they aren’t untouchable anymore.

• Kodak, on the other hand, was busy improving its film technology than accepting the simplicity of digital cameras. It is here, that we understand how they failed to build up their brand simply because of a stubborn attitude and vain hopefulness. By the year 2010, they were holding only 7.4% global market share behind Canon, Sony, Nikon, Samsung and Panasonic.

2. should have concentrated more on winning the race than wasting time on useless battles against its competitors

3. should have accepted the shift in technology

5. made optimum use of its money, human resources, market intelligence and opportunity.

The above mentioned points also constitute some of the many ground rules of marketing and business that one should never ignore while driving brand identities, no matter what the opinion.

Do you think the sale of Nokia handsets went down because of a reason that is quite similar to this? Is Nokia going to face a similar destiny? Share your views with us in the comment section.

Previous Post How to extend your personality to your brand & make it bigger than yourself…!
Next Post Is your brand goal a moving target?